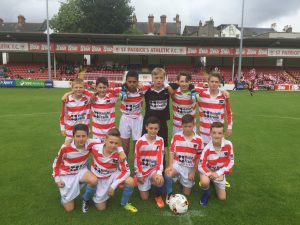 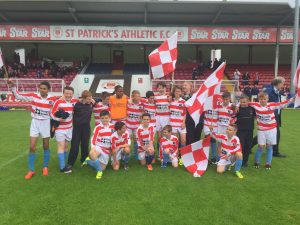 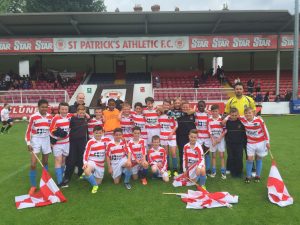 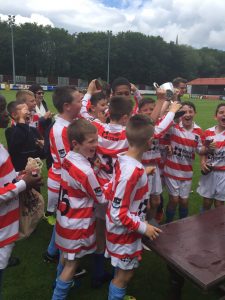 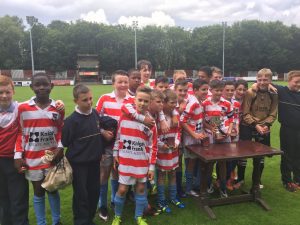 We are the City Division 4 champions after an absorbing 2-0 extratime victory over Walkinstown today in Richmond Park, Inchicore, the home of St Patrick’s Athletic.

It was a very close game with both defences doing very well to keep attackers at bay. Evanand John both hit the woodwork and Oisin came close to winning it late on in normal time but we survived a few scares too including an offside goal which was disallowed by the linesman.

Both teams were exhausted but managed to continue to play great football in added time. Goals from Evan and John meant we avoided penalties and so after three successive final defeats, we finally got our hands on the cup.

There were excellent performances by all of our players. Standout displays came from Sean, Paul, Darragh, Adam, Oisin, Evan and John with Dylan rightly being chosen by the officials as Man of the Match.