The school has a vast collection of photos taken over the years. We hope to post as many of them as we can on the website. 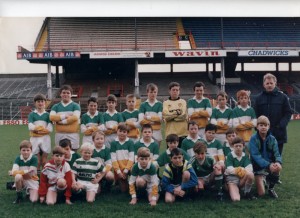 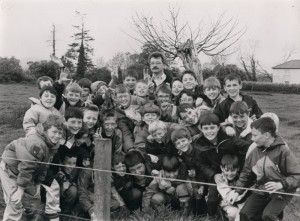 Mr.Curran’s class on a visit to the farm. 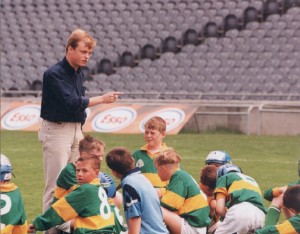 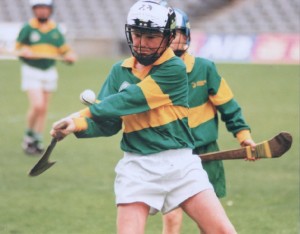 David Neville had a brilliant game in Croke Park 1997. 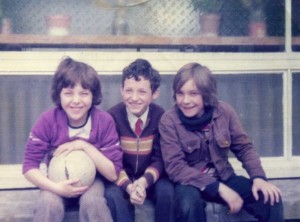 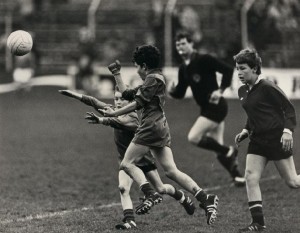 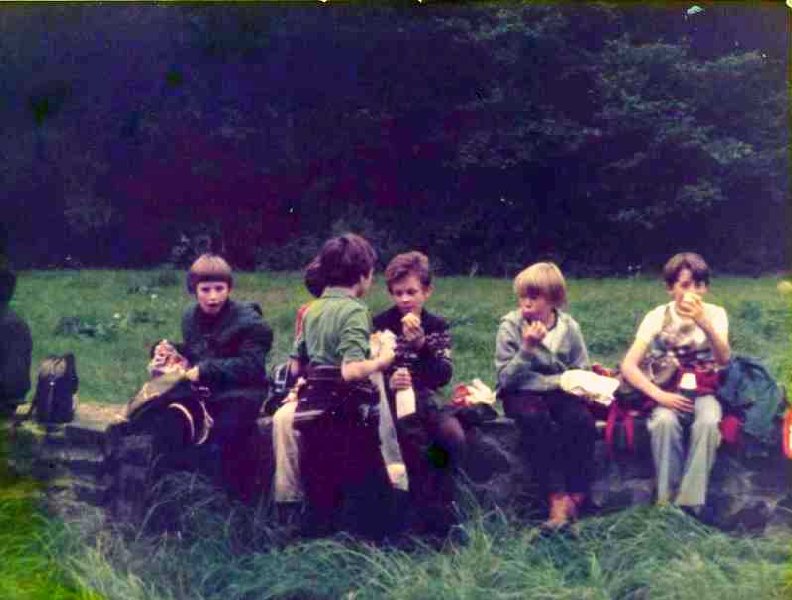 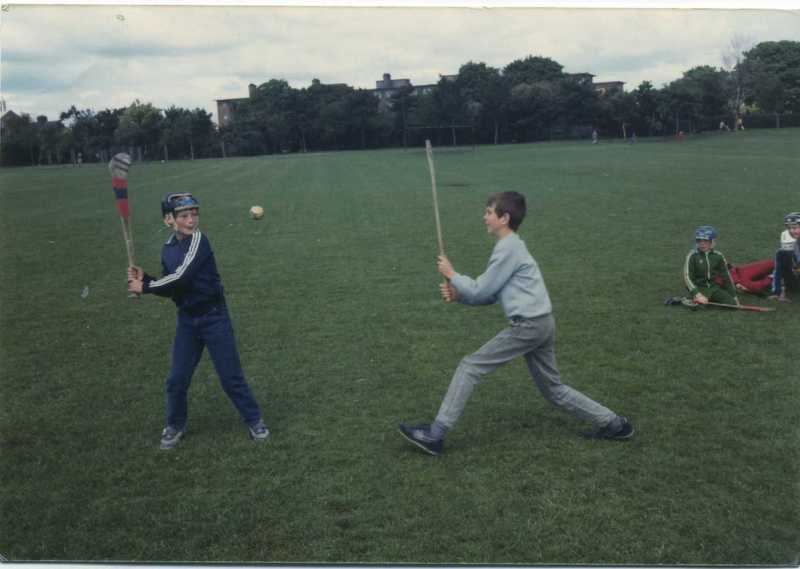 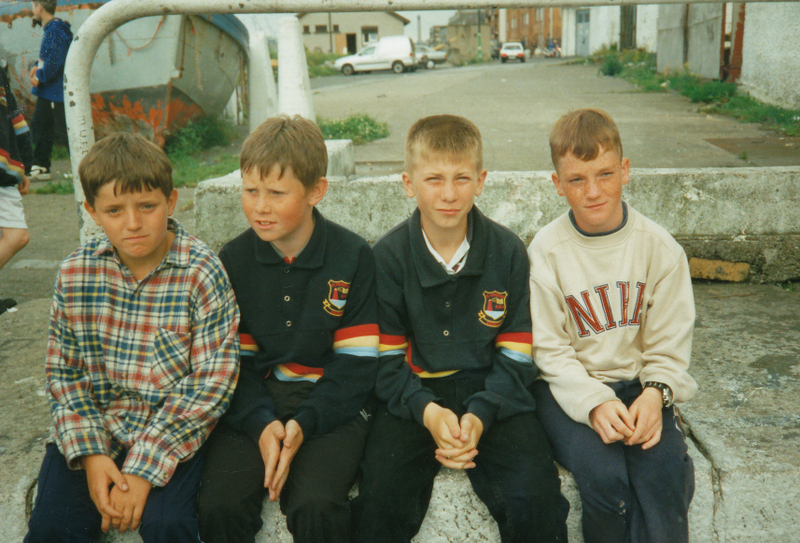 Waiting patiently at the slip before “The Products” was demolished. 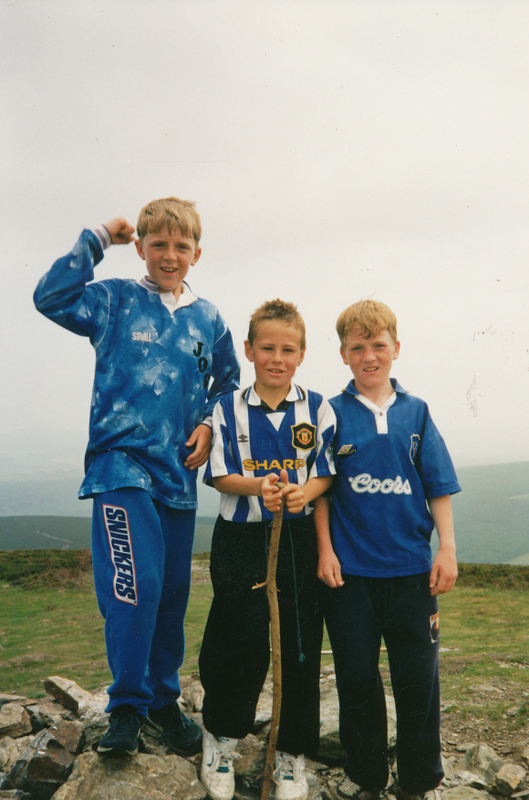 John, David and David on the top of Maulin. 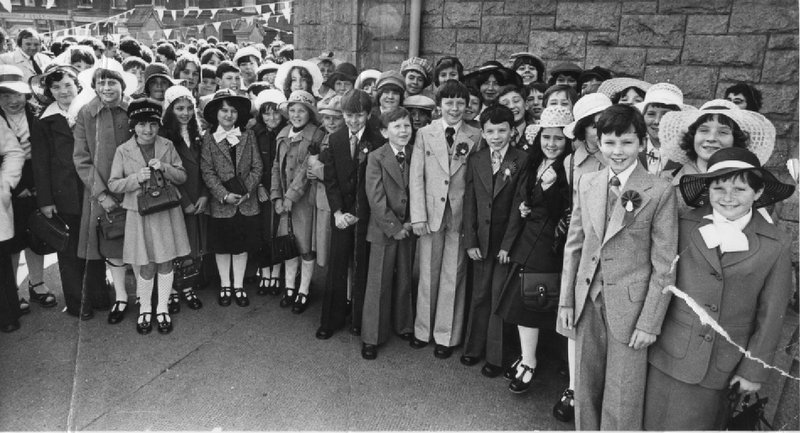 Mr. Allen and Mr.Murphy not looking too happy for some reason or other.

This team were playing in the Donnybrook Fair tournament in Herbert Park.

Well they asked for them well done. Mark Halpin and Joe Gregg

On the way home in the Clanna Gael bus.

Robert surveying the livestock at Annacreevy on way to Knockree. 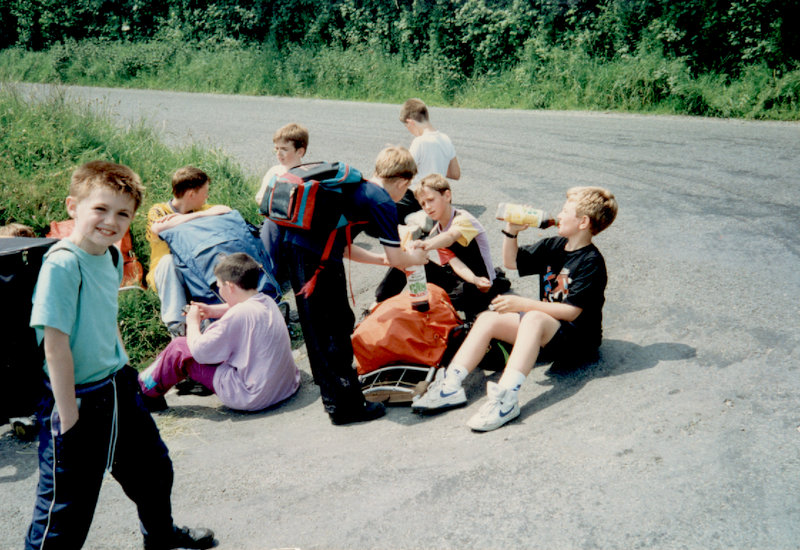 Taking a break on the way to Knockree. 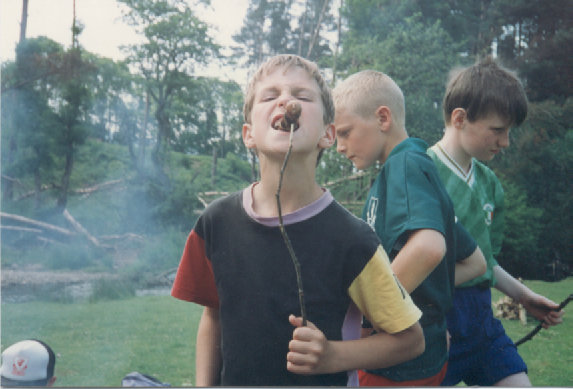 Mr. Murray enjoying the barbecue while Carl waits for his share to be well done

and Eddie heads off to dine in peace and quiet. 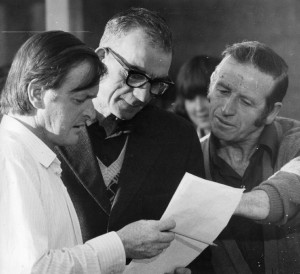 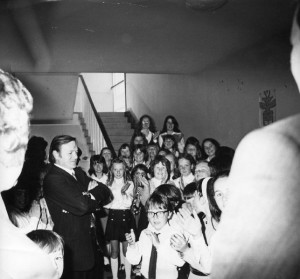 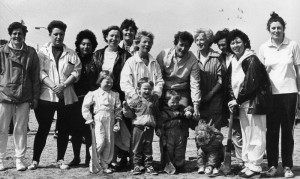 The photo above was taken at a sponsored Poc Fada on the strand. The children in front are Kathleen Murphy, Conor Thorp and David Neville with hurley of course. 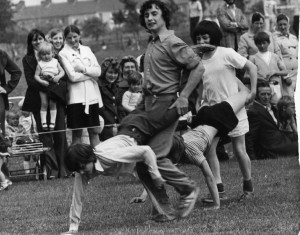 Here is Butch Kemple at the school Sports in 1974. Looking on is a very young Rasher Doyle and seated on the grass is Michael Gregg 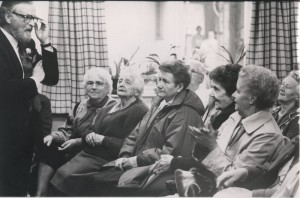 The legend himself Cathal Fleming.

A typical shot of “Flemo” as always  involved in the  community 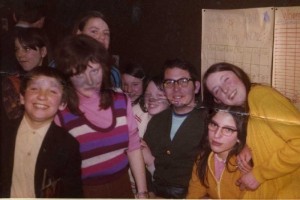 Photo taken early 70’s. We had colour photography then. Jimmy Murray, Mona Barry, Catherine Kelly (nee Clayton), Veronica Allen, Catherine Egan and if you can identify the others let us know. 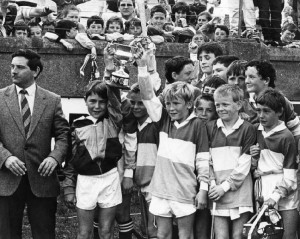 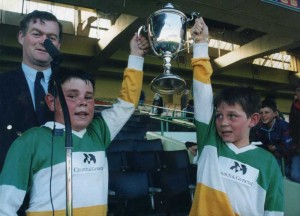 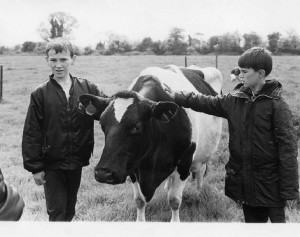 Paul O’Neill and James Houlihan down on the farm. 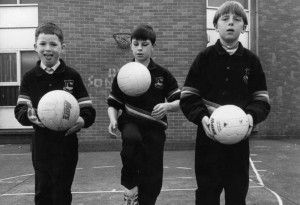 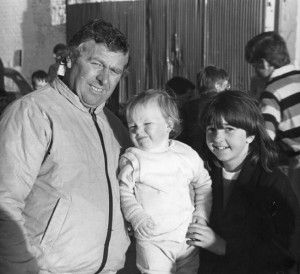 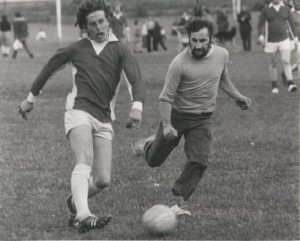 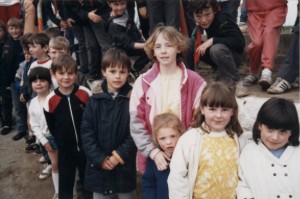 Familiar faces at a School Regatta  some of them now with children in the school . 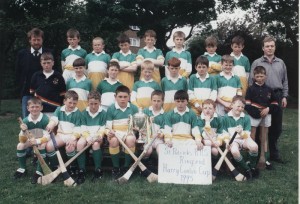 Hurlers every one of them. 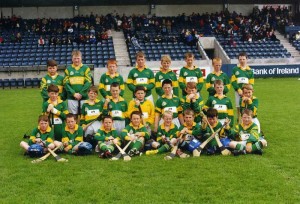 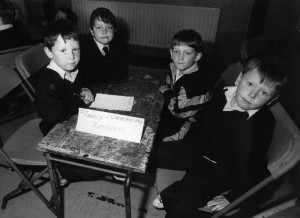 One Reply to “School Photo Archive”