Over the past few months Irish International Eric Donovan the International  has been coaching sixth class in the noble art of boxing. 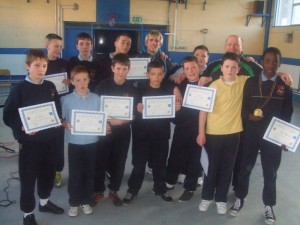 At Christmas the boys were presented with their certificates by Olymic Gold medal winner Michael Carruth. 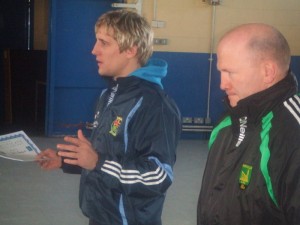 Michael brought his olympic medal along and the boys had the privilege of wearing it. 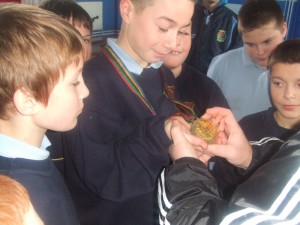 The class would also like to thank Tommy Ahern for coaching them the Irish Amateur Boxing Association and Dublin City Council who organise  the course.