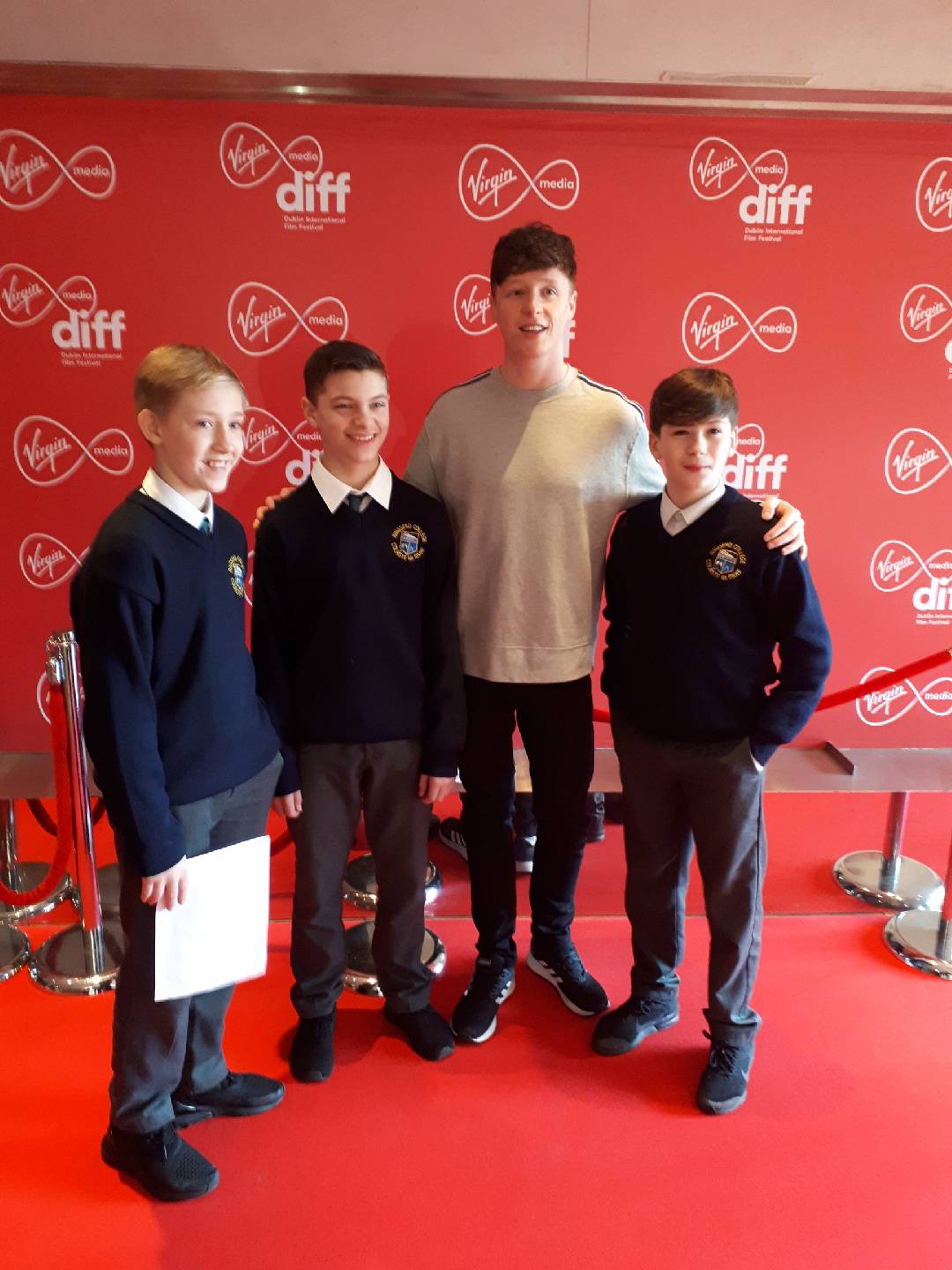 Last year, in conjunction with The Ark Theatre, boys from 5th and 6th class helped write a movie script with Sean, a playwright from Dublin. They also acted in the short film, along with some local elders. The movie, ‘The First was a Boy’, was screened at The Dublin International Film Festival where it received second prize in the Short-Film category. Three of the stars of the movie, Brandon, Reece and Nathan, walked the red carpet and enjoyed being film stars for a day at the screening at The Lighthouse cinema in Smithfield.