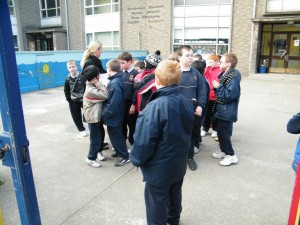 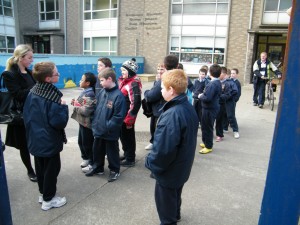 The quiz was in the NCI. When you got there you had to sign your name in. The quiz started. The man asked us to sing . There was six rounds. There was eight questions  in a round. In the first round we got eight out of eight. Then I got a biscuit. 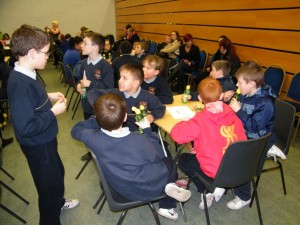 At the quiz there was loads of schools. There was tea, coffee and biscuits. There was six rounds and eight questions in each round. Our team’s name was ‘The Smart Little Leprechauns’. We came 3rd. The G.N.S. got the best name. The people who came first were from this school. Their name was ‘The Easter Bunny Egg  Heads’. They had 43 points and “Mary and Adam” and Cuba’s team had 41 points. We had to write the answers on a sheet. There was loads of drinks on a table. The quiz was on in The National College of Ireland. My mam went to support me. 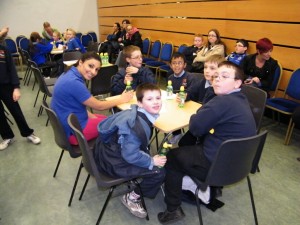 On the 10th of March there was a quiz for all the schools in Dublin. It was on in the NCI that’s the National College of Ireland. Our teacher walked most of the boys. They had to get there at 3.15 and it was over at 5.30. So we got there. There was six rounds but we had to write our team’s name on the top of the sheet. Dorian, Aaron, Aaron M.D., Cian and Ceilim were on my team. Our team was ‘The Kinder Brainers’. We had a few minutes before it started. The man said to go inside now. There was 16 teams. There was 3 out of St. Patrick’s. The first round was about books, Maths, Sciance, Animals. It ended. My team got 40 points. We came 4th. ‘The Smart Little Leprechauns’ came 3rd. They were from St. Patrick’s and the 1st place was ‘The Easter Bunny Egg Heads’ from St. Patrick’s. They got a 20 euro book voucher. Then we went home. 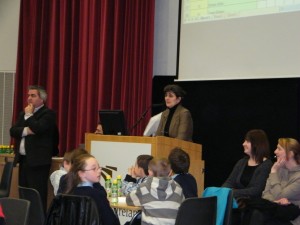