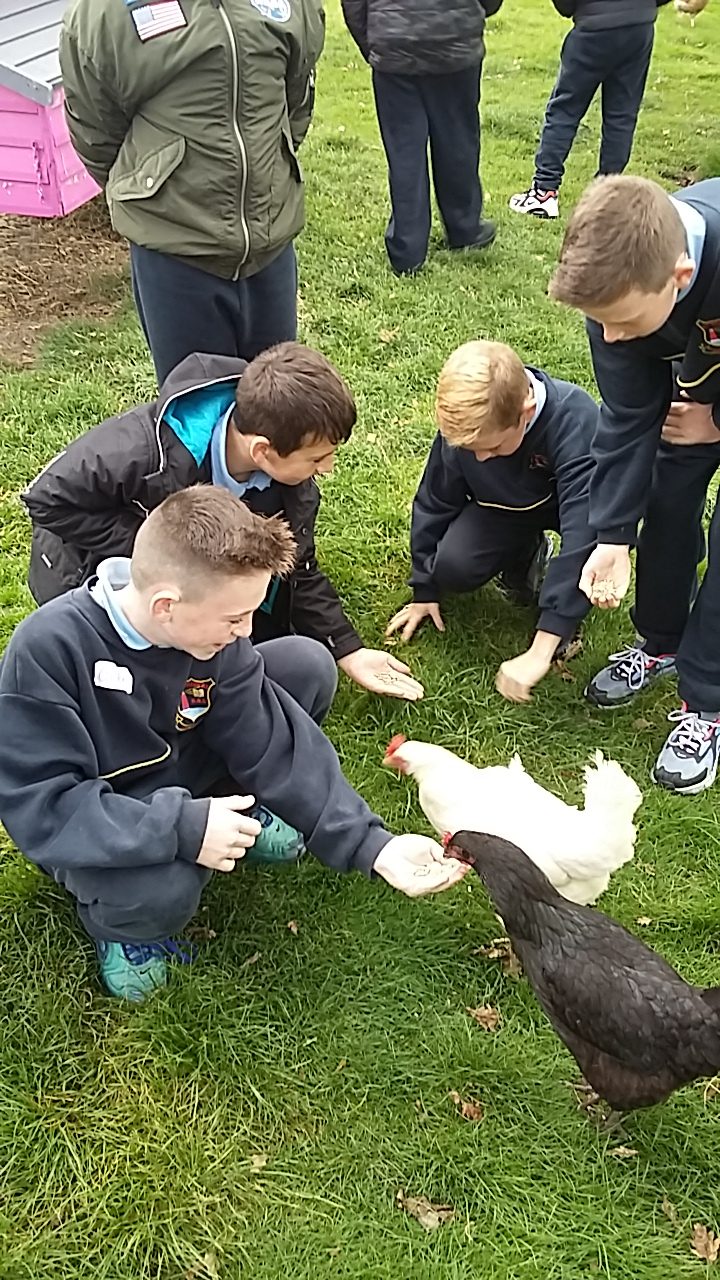 It was a very long ride. When we exited the bus we were greeted by our tour guides. We went into their cold, small house where they told us the rules of the farm. Then we set out to visit the chickens. We were able to feed the chickens. I had a pain in my hand for the rest of the day because they pecked me 10 times. Next we went to visit the goats. There is a special goat, whose name is Billy. He was born when his mother was very sick and spent most of his time indoors with humans. But now he is healthy and he has a daughter. They told us that billy got his ear stuck in the fence and instead of waiting like a good goat he ripped his ear and now he has a scar. Later we went to visit the cows. The record for cow milking on this farm is 30 litres. They are milked by machine. After that, we visited the pigs.

Fun fact jellies are made from pigs’ hooves.

The pigs pen was vile. The oldest pigs were 7 months old and the youngest were only a few weeks old. Next we went to the flower garden where we looked at greenhouses and edible flowers. We went inside to get some food. We had eggs from the chickens, milk and butter from the cows and bread from the bakery. They made their butter from turning a lever and a little hammer. We enjoyed Airfield Farm.

by Harley Plunkett and James Byrne

One Reply to “Trip to Airfield Farm”

Well done Harley & James, what a fantastic essay on Airfield Farm, I hope it was a great day